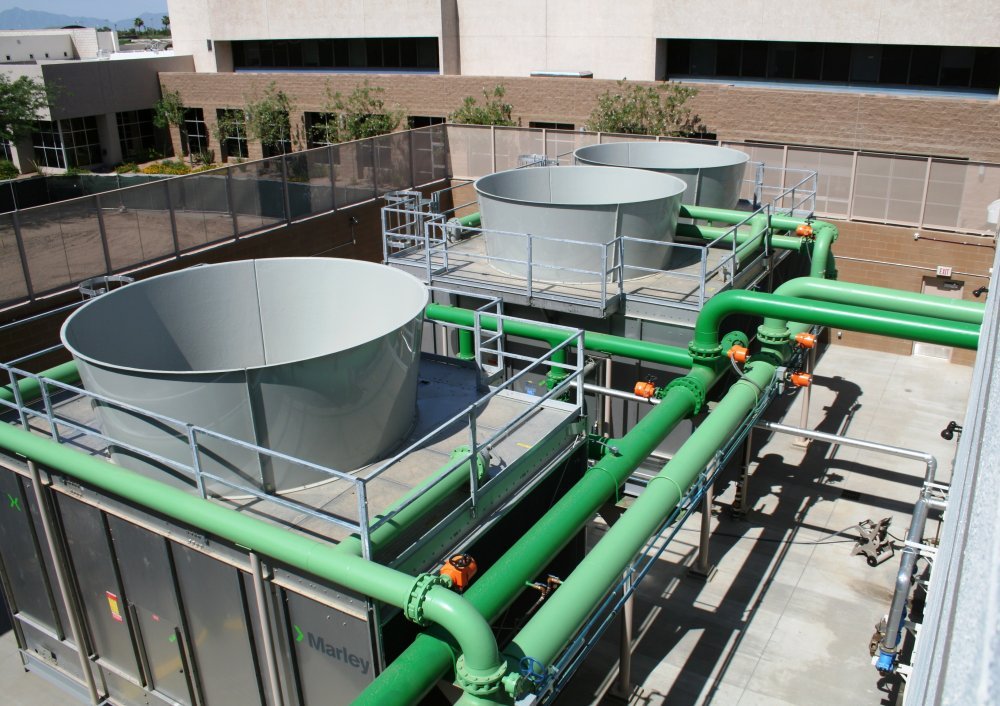 John C. Lincoln Health Network’s original North Mountain Campus was built in the early 1970’s and included a mechanical plant located in the basement of the hospital. W.D. Manor was selected to provide design assist services to relocate and expand the central plant from its existing location, to a new state of the art, low KW per ton, alternate location adjacent to the existing patient tower. The hospital’s primary objective was to never interrupt the existing central plants ability to provide cooling for the hospital. 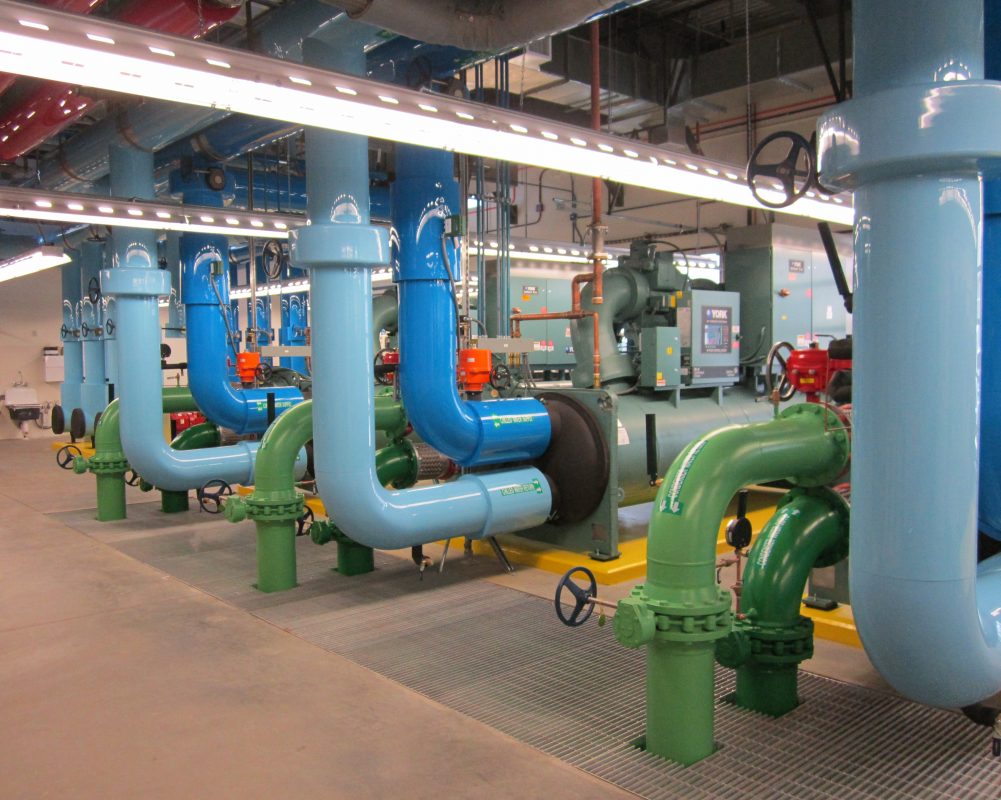 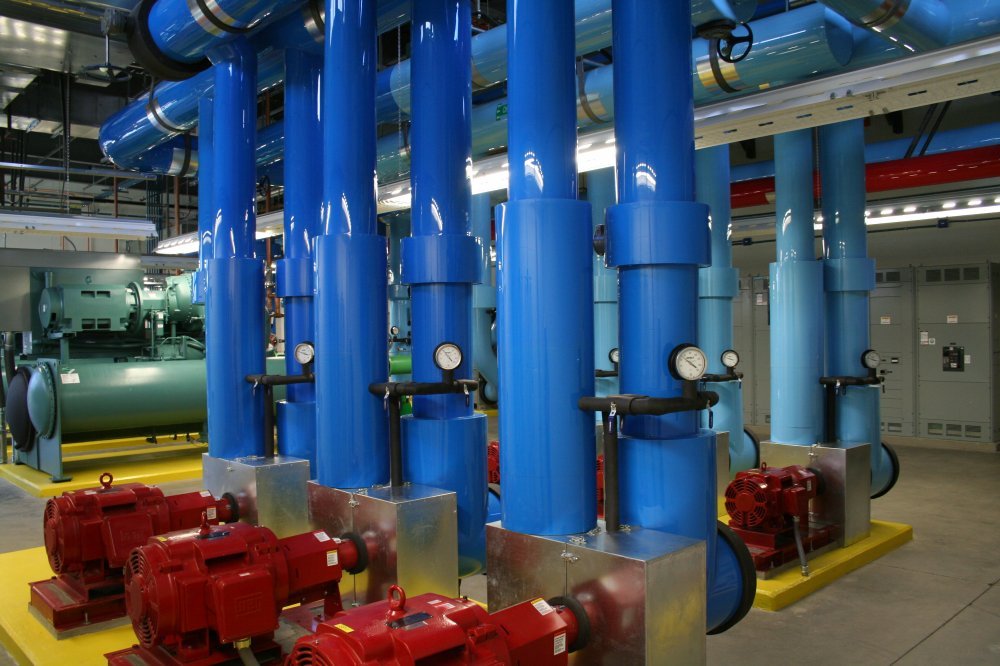 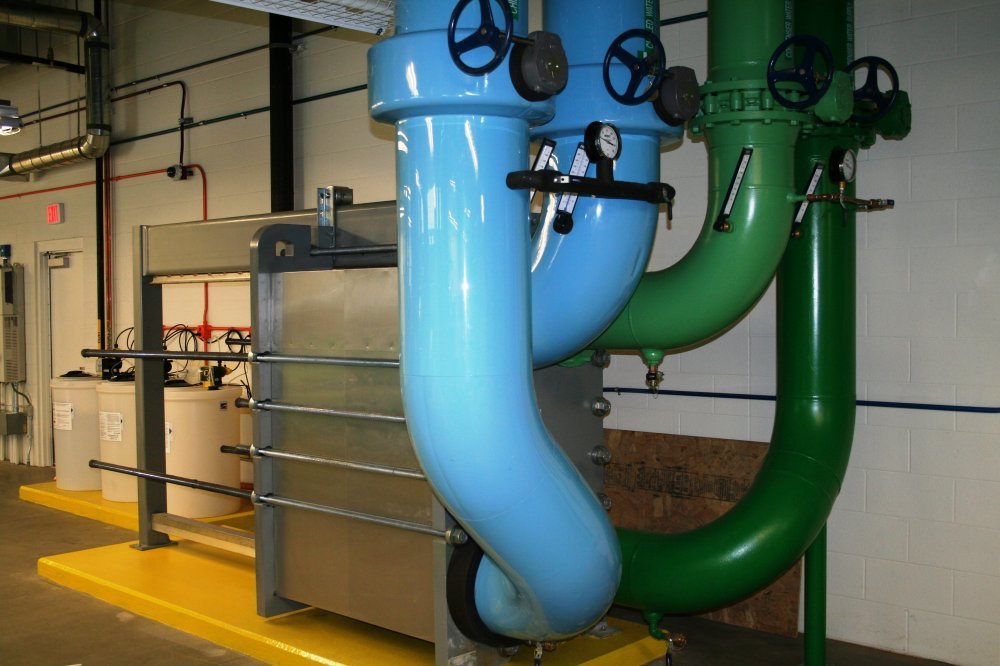 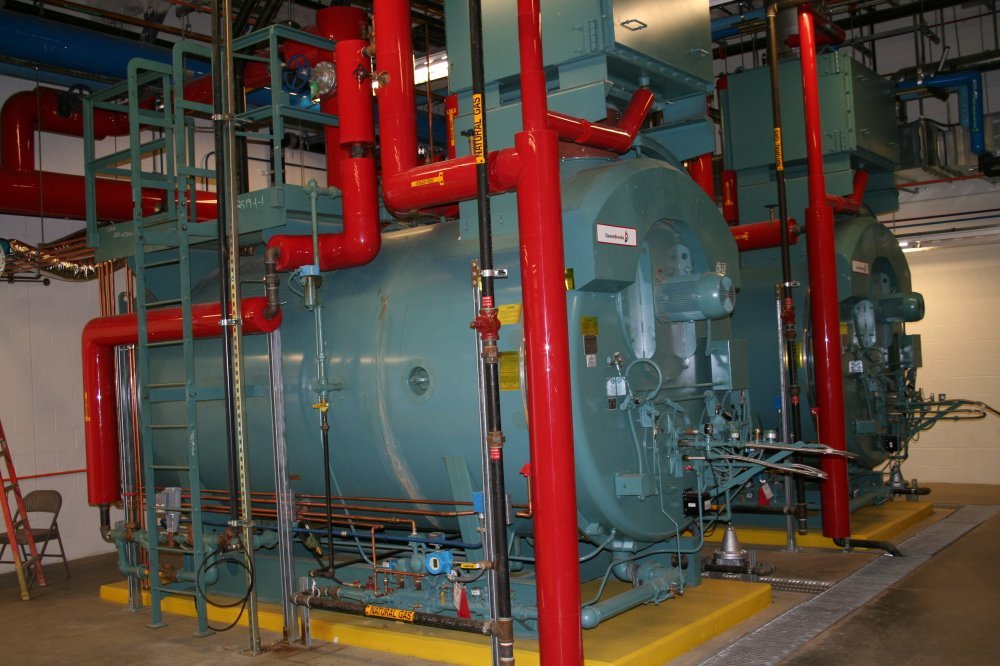 The project included temporary cooling towers to allow the new plant to be built on the existing tower yard.  The 3000 ton temporary tower plant was a vital component of the project and provided temporary condenser water for over 12 months. The new plant consists of N+1, 2,700 tons of chilled water cooling through a primary, secondary piping arrangements, stainless steel cooling towers, an N+1 500 Hp steam boiler system, underground chilled water piping, and a new energy management and control system.

The new plant was commissioned before connection to the existing hospital, and within a 2 hour period, the old antiquated plant was disconnected and the new plant took over the building load.  W.D. Manor, along with our partner subcontractors, performed the entire piping installation in less than 5 months, a task unheard of in the HVAC industry.